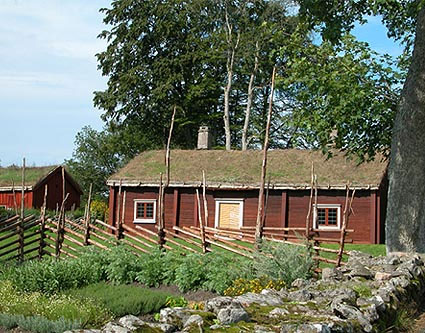 The buildings at Råshult are in the same place as in Linné's time. All that now remains from the 18th century, however, is the farmhouse, known as "Linnéstugan", which was built sometime between 1751 and 1781.

Råshult has been inhabited for several hundred years, and a small archaeological excavation was carried out in 2004 to find out what the area may have looked like.  It was discovered that some parts of the farmyard had been paved with stone. For centuries, the farm animals were led to the well at the centre of the farmyard to drink. The manure heap was also kept in the inner yard, rather than behind the buildings as is the current practice.

Linnéstugan farmhouse was built somewhere between 1751 and 1781. The house built by Nils Linnaeus (Carl von Linné's father) at Råshult (1705-1706) burned down in the first half of the 18th century.

Linnéstugan underwent total renovation in 2006 and now has an even more distinctive 18th century character.

The barn used by the managers at Linnés Råshult was built in 1872. 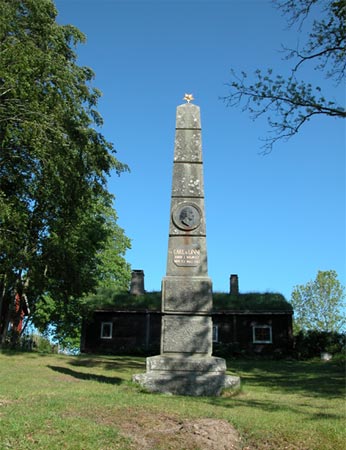 A park with a monument to Linné was laid out behind Linnéstugan in the 1860s in conjunction with the new railway line. 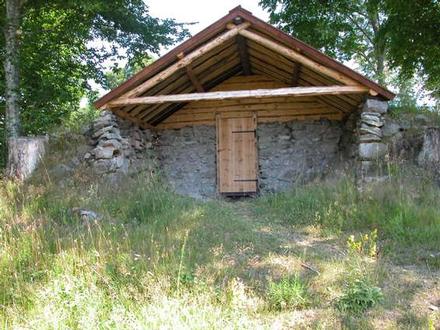 The flax dressing shed is situated a short distance from the other buildings. An open fire was used when working there, and people were very conscious of the risk of setting light to the wooden buildings.

Älmhults municipality in 2009 bought into various artworks out of Sven Ingvar Johansson Osby, a native of Göteryd. These works of art will be an embellishment here in Linnaeus Råshult and will be placed at the entrance and on the way up to the reception building.
The idea is that art should arouse curiosity, creativity and desire to discover the little "things" in nature. Linnaeus's brother Samuel Linnaeus was a prominent beekeeper in its time and the first person to write a book about beekeeping and bees "excellence". With artwork Hive / portfolio and a number of bees artist wants to highlight his brother Samuel Linnaeus interest in beekeeping and linking the two brothers' interest in animals and nature. Among other things, visitors will get to meet the following animals made by Sven Ingvar Johansson; woodpecker, ants, pine weevils peregrine falcons, bats, ravens and Argus.

Why not challenge each other in a race to see who can spot the most animals on the way up to the cultural reserve? 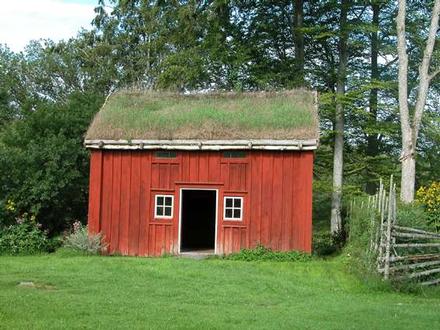 The beautiful grain store on the village toft. 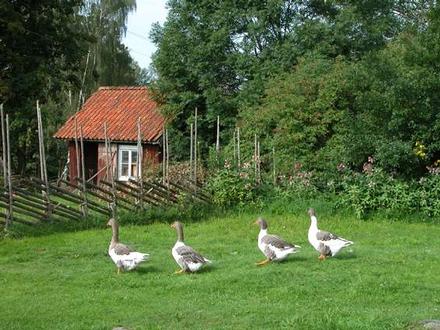 As a visitor to Råshult, you can meet many of our animals. The farm is home to the Öland geese, and the Åsbo hens live at the far end of the barn. Our Värmländ breed of forest sheep and Red Polled cattle are turned out to grass during the summer months. All the animals are Swedish native breeds. 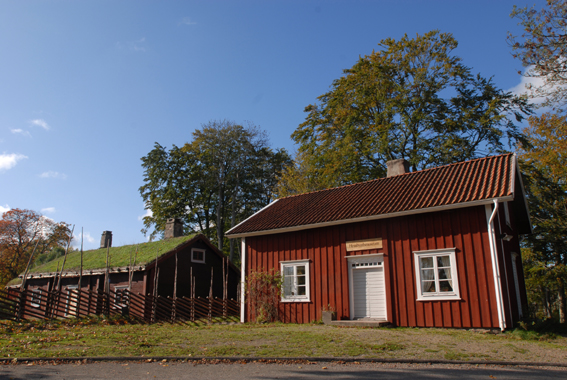